What Your Title on your Business Card Says about You 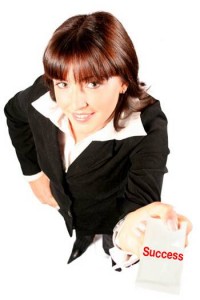 You probably never thought about it, but your title on your business card tells a lot about you. It tells us what you think of your business.

If you’re a newer agent, you’ve probably struggled about what to put on those business cards. Maybe you have shied away from putting ‘salesperson’. I know.

To some, the word ‘salesperson’ has a negative meaning.

Click To Tweet
It did to me as a new agent. I came from the world of music, where there was no ‘sales resistance’ and everyone respected me because I was a college music teacher.

The Value of Being a Salesperson

I learned the value of becoming a salesperson–a really, really good salesperson, because I learned I could help people do what they wanted to do–and just needed someone to facilitate that.

If There Were No Salespeople

Where would we be without sales skills and salespeople? Here are some of the notable people today that you don’t think are in sales–but who have really, really good sales skills (and have to have, to get us to embrace their ideas):

Madonna (she may not be the best singer, but, boy, does she know how to sell herself)

As my first ‘boss’ in real estate said, ” If there were no salespeople, few/no goods would be bought” (except those that are absolutely needed). In fact, as my manager pointed out, the economy would come to a grinding halt. When the economy is going great in real estate, salespeople aren’t considered as important. But, wait–when the market slows, salespeople will become fewer–and more valuable to the public.

Sales Skills are Artistic and Not So Easy to Master

Now, there is a movement against using anything with the connotation of ‘sales’. Yet, there is nothing wrong–and everything right–about the art of sales. Using properly, sales helps people see the benefits of buying whatever they are considering.

As a long-time real estate salesperson, I saw buyers and sellers actually stopped from purchasing or selling because their salesperson was so inept. That meant the customer lost hundreds of thousands of dollars down the road! In fact, 99% of the mistakes agents I observed salespeople make were not in forcing, manipulating, or lying their way into getting someone to do something not in their best interest but rather

If you have some reticence at the word ‘salesperson’, tackle that reticence right now. You aren’t just a licensee; you aren’t just an agent; you are a sales professional. You discover prospects (lead generation). You uncover prospects’ needs; you help prospects investigate new possibilities; you help prospects prioritize information and properties; you negotiate on their behalf. Those are all sales not agent skills. Agency is just a license. Sales is a skill and an art. Become  an artist of what you do!

Question: What do you see agents putting on their business cards? What does it tell you?