The Truth about The Hours You Need to Work 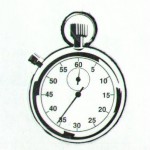 Here’s the truth about the hours you need to work. When you went into real estate, did you believe you could work a few hours a week and rake in the dough? You’re not alone. You’ve heard the old saying, ‘Work smarter, not harder.” Everyone today is trying to get an edge—do more in less time. Unfortunately, some of the advice we’re getting from the ‘seminar gurus’ just isn’t proven in reality. Latest statistics and studies show exactly what we’re doing that’s hindering our productivity.

So, you think that working smarter is better than working harder? Well, it’s certainly important to prioritize what you do. But, how about those seminar gurus who tell you to just work 20 hours a week to attain your goals? Or, all you have to do is to hire all those buyers’ agents so you don’t have to work? Personally, I’ve never found that avoiding work got you to achievement. I know that, of course, as a musician. If you don’t practice, you can’t play! Click on the link below to get an analysis tool to find out how effective you’re being, not just how many hours you’re working.

Up and Running in 30 Days has dozens of tips on how to manage your time.

Have you read the great book by Malcolm Gladwell, the Outliers? If you haven’t, get it today.  In an earlier blog, I wrote how Gladwell used studies of famous people to prove that practicing 10,000 hours was the magic number to master just about anything. (Read the Beatles’ story. It’s great). In addition, Gladwell provides stories and studies to show that hard work gets you to achievement. He provides the contrast of Chinese farmers with Russian peasants. The Chinese farmers believed in many proverbs, all of which have the theme of ‘hard work makes you rich’. Here’s one:

Don’t depend on heaven for food, but on your own two hands carrying the load.

If God does not bring it, the earth will not give it.

Which set of proverbs do you live by? Do you believe your own achievement is up to you? Or, is it up to the company? Your manager? The market?

Does it make any sense at all that working 20-30 hours a week can provide a successful career–when those who are actually making the money you want to make are working 50 hours a week? Step up to the line and put those hours in, and you’ll achieve past your dreams!

So, which are you, the ‘get rich quick’ hopeful or the work ethic realist?