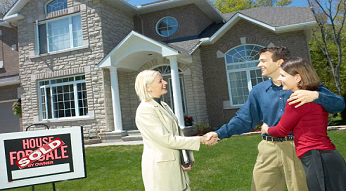 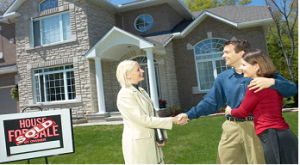 You’ve heard lead generation is important. But, do you really believe it? Or, are you like thousands of new agents, looking for a different, a better, an easier way to sell real estate? If you’re one of those looking to reject lead generation as the principle for success, you’re not alone. That’s why the failure rate of new agents is so high! The vast majority fail to start lead generating in time to save their businesses!

Click To Tweet
Up and Running in 30 Days puts lead generation front and center as THE main activity real estate agents do to be exceptionally successful.

One of the studies I included in this latest edition of Up and Running in 30 Days was How to Fix New Agent Onboarding, a special report from Inman Select.

Inman Survey: New Agents Are Unprepared for the Realities of Working Independently

One of the big principles in Up and Running in 30 Days is to reveal how agents succeeded—and why they failed. One of the big takeaways of this report is that three-quarters of the respondents said new agents fail in large part because they are unprepared for the realities for working as an independent contractor.

The study revealed that, though some large franchises and boutique companies’ training programs were highly rated, it’s not enough to assure success. Other support systems, mainly coaching and mentoring, were deemed as needed to assure the new agent transferred the knowledge and skills gained in class to ‘real life’. In other words, lead generation activities need to be featured AND coached to.

Does Your Training/Coaching Spotlight Lead Generation?

In that Inman Select survey I mentioned earlier, How to Fix New Agent Onboarding, 47% of respondents stated lead generation is critical in initial training. And, they observed most new agents struggled with lead generation. That’s why this Up and Running start-up plan is so important to follow to the letter!

Inman also noted that new agents spend too much time on marketing and too little time on lead generation.

Which kind of agent will you be—or are you? One who gets after it by contacting many people each week so you have great leads? Or, the kind of agent who rejects active lead generation and looks for ‘an easier way’? It’s as simple as embracing success or predicting failure!

What is the reason you believe new agents fail?

You’ve observed agents coming in and out of your office. Why do you think they fail? What can we do, as trainers and managers, to assure a better success rate?

Take a look at what’s new in Up and Running in 30 Days:  updates in 5th edition. This invaluable book is only $32.95 plus shipping, and has been used by thousands of new agents to launch successful careers. Order here.