Increase the Learning: Use Small Groups 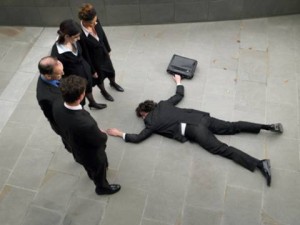 Forward this to your trainer or manager. It’s great info for anyone who has to get in front of others!

‘That course was so boring! The instructor talked on and on. I know she knew her stuff, but I couldn’t stay awake!” Have you heard that before? It doesn’t have to be that way!

This month, I’m doing blogs on teaching–specifically, how to change it up and quit lecturing your way through the day. I know we have thousands of dedicated real estate instructors. But, we seem to have thousands of bored students! Why? Because most of our courses don’t have a variety of teaching methods built in. So, in this series, I’ll help you build in ‘relief’ from that awful, boring lecture and change it up to keep your audience interested and learning.

The Alternative: Divide and Conquer

In the previous blog, we explored the ‘divide and conquer’ method of teaching. One of the configurations of the ‘divide and conquer’ is the task force: Small groups of people working on a common problem. In this blog, I’ll show you a few things to do with that task force to assure it goes right. Most of these principles would also apply to dividing people into groups, too, for role play and other small groups (I’ll write a blog on this later).

What wouldn’t work in a task force: To ask your attendees to tackle something that they need additional information or training to accomplish. For example–if I were teaching a group of would-be instructors how to facilitate a task force, I couldn’t ask them to write down all the steps to facilitate until I’d taught them the steps.

What wouldn’t work in a task force exercises: Assigning all the tasks to all the groups, or assigning the same task to every group. Why? Because the first group to report will report pretty much everything the other groups have come up with–an exercise in frustration! (There is a way to do this, which I’ll discuss in a later blog).

3. Put no more than 5 people in a group, so people have a chance to interact easily with each other, and everyone gets to have input.

What wouldn’t work: Putting more than 5 people in a group. The ‘outliers’ can’t communicate and only 2-3 people will end up contributing.

When To Use a Task Force

Task forces work really well at the beginning of a session, to break up your lecture in the middle of the section, and to summarize learning at the end.

Where will you employ a task force in your teaching? Let me know! Come join me to put these creative, fun teaching methods into your course. Attend Beyond the Basics: Advanced Skills to Make that Course Come Alive, coming up April 23-24 (approved for 7.5 clock hours in Washington state). We’ll be working with parts of a course you bring. We’ll put in some great methods and then practice to see how they work–a unique opportunity!