How Long Until You Give Up? 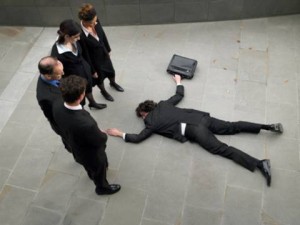 Did you think, when you went into real estate, that you’d sell a house the first month? Well, according to my survey in the first book I wrote, the majority of real estate agents thought just that! However, you’ve found that’s probably not the case. So, what will you do now? Give up, or persevere?

If Giving Up is Not Your Option….

What if there’s a magic measurement of success? Would you be willing to meet that measurement? You know that the Beatles attained pop music mastery. You know Bill Gates did the same with technology. But, did you know what they have in common-and that you may have, too?

Before I tell you that, let me share something that happens to me often. I’m a pianist-and have been a musician since I was four years old. In my speaking, I often tickle the ivories-just a little, of course…..Invariably, someone comes up to me and says, “I’ve always wanted to play the piano.”  I tell them, they certainly can. How? here’s the simple answer:

Practice one half hour a day for one year. You’ll be able to play well enough to play simple pop tunes at parties.

You’ve heard the old chestnut, Practice Makes Perfect. I certainly know that as a musician. But, how well do we apply that principle to our business lives? Is this something that is a key to our attaining our goals? I think so. Read on.

The Commonality between the Beatles and Bill Gates

In his fascinating book, Outliers, Malcolm Gladwell studies performers-from Mozart and the Beatles to Bill Gates. The commonality he found was that high achievers spent an average of

In other words, it isn’t talent, it isn’t just circumstance (although Gladwell points out being at the right place at the right time is important, too)-it is just slogging it out, practicing your craft, logging in ten thousand hours.

When I read that the Beatles played in Hamburg 8 hours a night, 7 days a week-for 2 years, I instantly felt tired! I know what it’s like to perform in bars for hours! (I did that to put myself through college and graduate school). But, the Beatles said that experience was key in making them the performers they became. In an interview, John Lennon said, “We got better and got more confidence. We couldn’t help it with all the experience playing all night long…..we really had to find a new way of playing.”

Gates describes his early years: “It was my obsession….I skipped athletics. I went up there at night. We were programming on weekends.”

Isn’t There a Shortcut?

For those of you who have never attained high performance, you don’t–and can’t-realize the importance of practice. You think that it’s just a matter of talent or luck. But, haven’t you known extremely talented people who just extinguished themselves like a flaming rocked? Haven’t you known people with all the advantages who just didn’t attain what you thought they could-or should? Of course.

Are You Willing to Put in those Ten Thousand Hours to Excel?

From the many examples in Outliers, and from my own experiences as a pianist (I have a degree in piano performance and a master’s degree in music theory), I know that practicing your craft provides the only true competence and confidence. You don’t gain mastery by talking about it. You don’t gain mastery by someone trying to motivate you. It’s practice. So, get out there, and practice and perform. Rack up those ten thousand hours, and you will achieve your goals. If the Beatles and Bill Gates didn’t take shortcuts, we shouldn’t try it that way, either.  Isn’t devoting enough time to your goals important enough to you to feel the joy of attainment-of mastery?